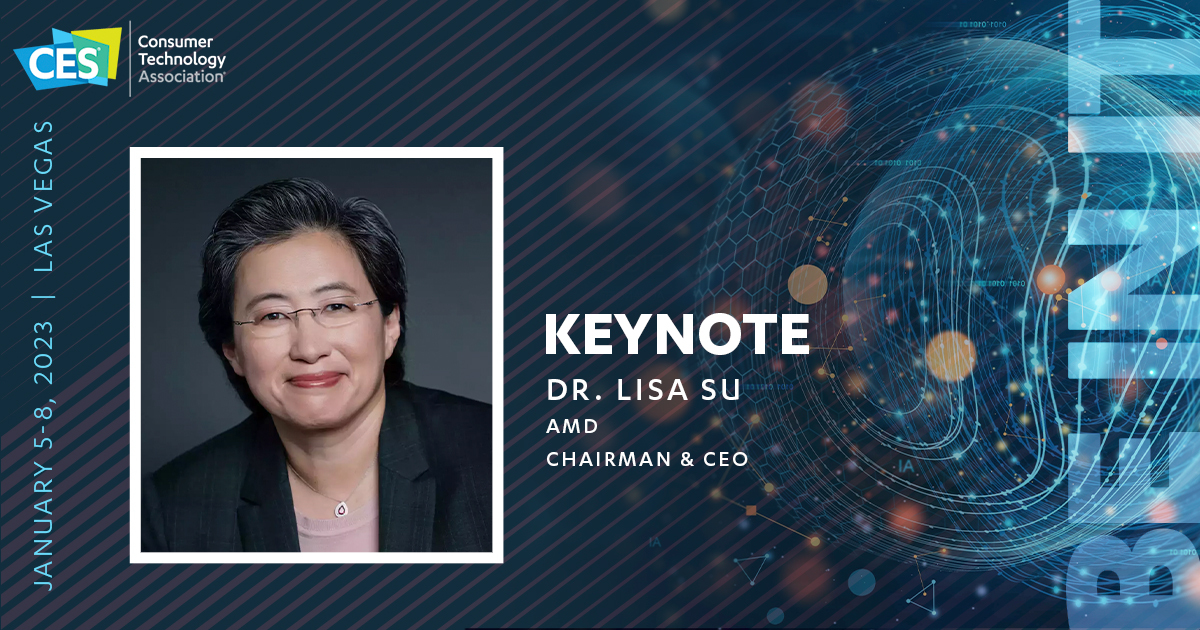 At this year’s CES, AMD’s CEO, Dr. Lisa Su gave the pre-show keynote and was accompanied by numerous presentations and guests. The theme of the keynote was High Performance and Adaptive Computing to Help Solve Problems. Stage guests included representatives from HP, Intuitive Surgical, Lenovo, Magic Leap and Microsoft. It also included a former NASA astronaut for a bonus.

Dr. Su announced seven major products ranging from energy-efficient PCs to extreme processors designed for supercomputers. With all the announcements and guests, it’s no surprise that the keynote went on far longer than planned. It looks like every group at AMD got a part of the keynote.

The Ryzen 7040’s embedded AI technology was developed by Xilinx, which AMD acquired last year. But even before the acquisition, AMD worked with Xilinx to license the technology. Xilinx has developed an AI engine for its Versal ACAP adaptive computing product. Details of what AMD is now calling the Ryzen AI engine have yet to be revealed, but the Versal AI engine is a 2D array of VLIW vector-to-vector and matrix-to-matrix compute engines. While AI workloads can be run on AMD’s CPUs and integrated GPUs, AMD claims that running these workloads on a dedicated AI engine is more power efficient, which is why the company is introducing them in notebook processors in the first place. Panos Panay, EVP and Chief Product Officer at Microsoft, was a huge supporter of Ryzen AI and Microsoft’s initial plans to use Ryzen AI for Teams and other features in the future. We encourage AMD to make Ryzen AI accessible through open toolchains and APIs in addition to Microsoft’s Studio tools.

It’s great to see AMD truly embracing the ubiquity of AI in computing. AMD has GPUs and FPGAs/ACAPs for AI acceleration and is currently integrating AI technology into mainstream notebook processors. Intel will also incorporate integrated AI accelerators into its Meteor Lake processors later this year.

Desktops are also getting processor upgrades. The new Ryzen 7000 series X3D desktop processors are equipped with up to 144 MB of cache and boast up to 16 cores and 32 threads. The new processors are a bit odd in that only one of the two CPU cluster chiplets in the package brings stack memory and provides an asymmetrical bias to the CPU. For example, the Ryzen 9 7950X3D has one 8-core CPU chiplet without 3D cache that can clock up to 5.7 GHz with boost, but the other 8-core chiplet in the processor with stacked 3D cache has more cache memory but lower boost clocks. It is. It will be interesting to see how well the OS thread manager and application developers handle this asymmetric composition.

Other PC-related announcements include the high-performance Ryzen 7045HX laptop processor design for larger laptops targeting gamers and creative professionals. These processors use the chiplet design of desktop parts and offer up to 16 cores.

There were also low-key announcements about the upcoming AMD Ryzen 7000 series desktop processors. Based on the Zen 4 architecture and featuring a 65W TDP, this new Ryzen 7000 series processor lineup is optimized for both efficiency and performance. There are also cost-optimized AM5 motherboards available before spring.

AI in the data center

AMD also displayed the XDNA Adaptive AI architecture on a separate PCIe add-in card with the Alveo V70. Based on AMD XDNA with AI Engine architecture, Alveo V70 extends pervasive AI from the edge to the cloud.

Xilinx FPGAs are currently used in the Perseverance Mars rover, so AMD hosted an interview with former NASA astronaut Dr. Cady Coleman. Dr. Coleman was promoting NASA’s agenda for human space travel to the Moon and eventually to Mars through the Artemis program. But the broader message was to promote STEM education and inspire more people, including women, to pursue careers in science.

Dr. Su concluded his keynote with a preview of the MI300, the company’s next-generation monster GPU for high-performance computing, which consists of 13 chiplets and uses both 2.5D and 3D packaging technologies. There are 146 billion transistors in total. The MI300 not only includes a GPU core, but also three Zen 4 CPU chiplets in the package. The goal of packaging CPU cores in a GPU cluster is to run work closer to the GPU and eliminate transaction latency with the underlying host CPU. CPU/GPU clusters are supported by the package’s 128GB High Bandwidth Memory (HBM) local memory. The design is similar to Nvidia’s Grace-Hopper HPC processor, combining Grace’s ARM CPU with a Hopper GPU in the same package. MI300 will ship on 2H23.

Numerous introductions during Dr. Su’s keynote demonstrated that AMD continues to deliver leading products in PC and high-performance computing. Despite the current downturn in the technology market, AMD continues to invest in new cutting-edge products and accelerate its AI roadmap.