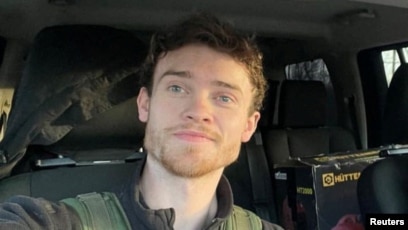 British volunteers Chris Parry and Andrew Bagshaw were killed during a humanitarian evacuation mission from Soledar in eastern Ukraine, according to statements from the Parry family released by the British Foreign Office on Tuesday. Bagshaw was a dual citizen of New Zealand.

“We are deeply saddened to announce that our beloved Krissy was killed while attempting a humanitarian evacuation from Soledar, eastern Ukraine, along with his colleague Andrew Bagshaw,” the Parry family said in a statement. “His selfless determination to help the elderly, young and less fortunate has made us and his extended family very proud.”

The statement added, “I never imagined we would be saying goodbye to Chris when he lived such a full life. He was a caring son, a fantastic brother, best friend to many and a loving partner to Olga.” .

“He was led to Ukraine in the darkest days of March, when the Russian invasion began, helping those most in need, saving more than 400 lives and many abandoned animals. Words cannot express how much we will miss him, but he will be in our hearts forever. that,” he said.

The statement, signed by the families of Rob, Christine and Katy Parry, said, “We are honored that he has chosen our family to be a part of.”

The UK Foreign Affairs, Commonwealth and Development Office has now requested privacy for the family.

More information about this case: The couple’s families previously said the two had gone to Ukraine to work as humanitarian volunteers. CNN saw no evidence that they took part in hostilities in Ukraine.