Websites Blocked: PM Modi’s government has done many digital strikes in the last 7 years to break the back of China. The result of the digital strike was that more than 55 thousand sites, posts and apps have been attacked in the last seven years. 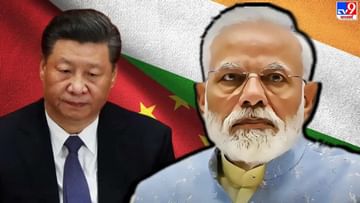 Websites Blocked: PM Modi For the last few years, the government of China has been involved in digital strike (Digital Strike) Still working. For the information of the people, let us tell you that in order to give a befitting reply to China, in the last 7 years, the Modi government has done a digital strike on 55 thousand 607 websites, URLs, posts and Apps and closed or blocked them.

This information has recently come to the fore from the report of Software Freedom Law Center, India. It has been told in the report that from January 2015 to June 2022, more than 55 thousand sites, posts, URLs and YouTube etc. have been blocked. For the information of the people, let us tell you that out of these 26 thousand 474 websites were blocked by the Modi government under section 69A of the Information Technology Act. At the same time, MEITY had blocked 26 thousand 379 websites and MIB has closed 94 sites.

These allegations were made on blocked websites

Copyright on some of the websites closed by the government, pornography on some websites and some sites were closed for posting sexual abuse content related to children. This is the talk about websites. Modi government has blocked not only sites but also many Chinese mobile apps in the last 7 years. MEITY has shut down 274 mobile apps in the last two years, reports surfaced that these apps used to steal user’s data. After stealing the data, it was sent to servers outside India.