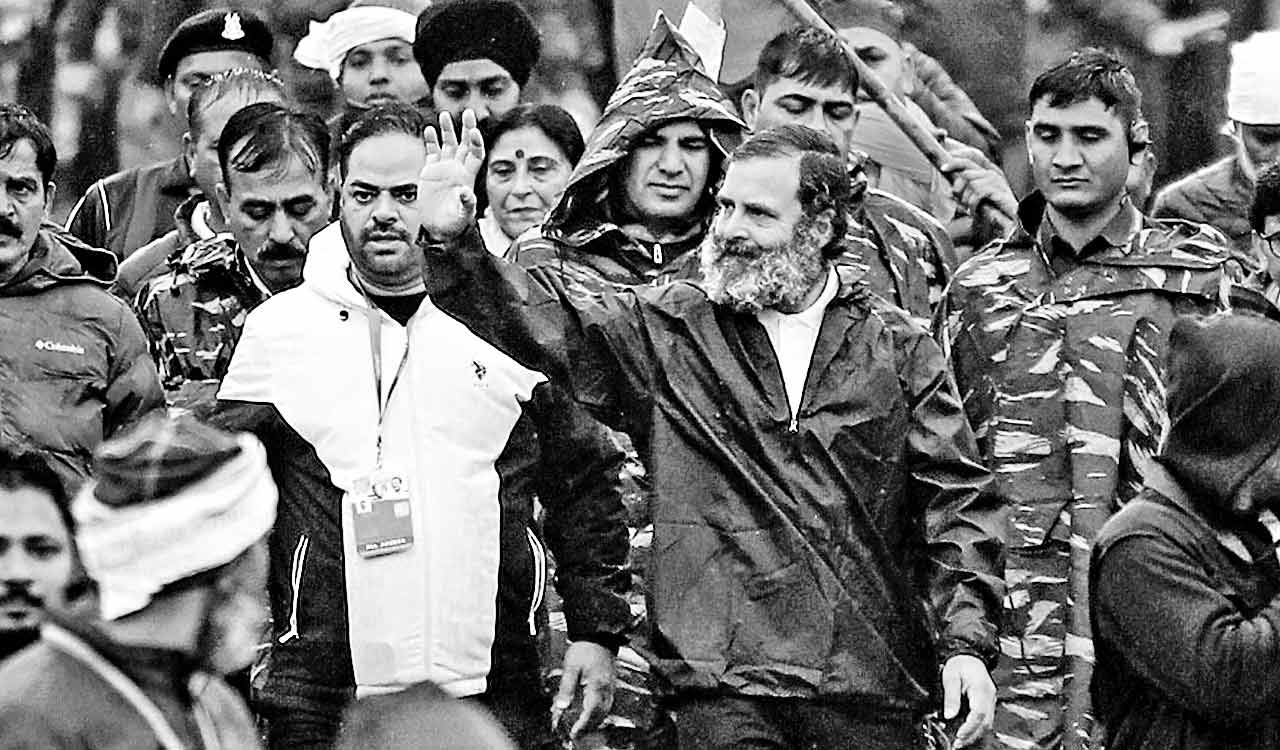 As the Bharat Jodo Yatra ends on January 30th, five questions need to be answered. First, has the public perception of Rahul Gandhi changed? Second, did it make Congress stronger? Third, did Congress produce steel and cement to build bridges with unfriendly opposition? Fourth, will it lead to Prime Minister Narendra Modi’s refusal to run for a third term in 2024? Fifth, will the 2024 elections end the fight to preserve democracy and diversity, which is Yatra’s mission?

Let’s start with the first question. Yes, Rahul’s image has changed in the public eye. Polls show that the number of people with a positive image of Rahul increased from 30% to 50% in the states he traveled to during the yatra. Of course, the RSS-BJP camp continues to caricature him, but even within this camp there are voices appreciating his efforts, such as the two mahants associated with the Ram Temple in Ayodhya.

Even liberals, who earlier saw him as a politician unwilling to devote all his time to politics, and who often made stupid claims or statements in the midst of brilliant, high-level rhetoric, now see him differently. Praise is pouring in for completing the 3,500km arduous yatra, walking 20 to 25km a day at a fast pace and marching without warm clothes even in winter. The challenges he posed to them were beyond the mental and physical capabilities of the average person. Some liberals call his feat ‘saint’ and others ‘heroic’.

The growing likeability of him also shows that the BJP’s constant demands on people to reject him for his dynastic credentials (leader from above, not from below) doesn’t negatively affect his public image. It goes to show that when people evaluate political leaders, they evaluate them not by bloodline, but by personal character and ideology.

Regarding your second question, there is still no evidence that the council is getting stronger in the yatra. People talk about a new Rahul, but not about a new council. The party continues to bleed from the chronic disease of factionalism. The greater the pain, the greater the migration. People leaving the party, people in the party putting each other down, people from other parties getting rewarded by the party leadership in high office: Parliament looks more like a club than the military-like BJP. Apparently, with Rahul’s yatra, the parliament workers are sailing on a sea of ​​passion. However, the organization is far from being as solid as the military.

Regarding the third question, the yatra has failed to bring unfriendly parties closer to Congress. They did not join the yatra even though they were invited. In Tamil Nadu, DMK joined yatra. IUML and other parliamentary allies in Kerala; Maharashtra, NCP and Shiv Sena (UBT); In Jammu and Kashmir, the National Assembly and the People’s Democratic Party will participate. However, in other states the yatra was passed as Congress yatra.

In Karnataka, Janata Dal (Secular) stays away from yatra. In Andhra Pradesh and Telangana, the Telugu Desam Party has not joined. In UP, the Samajwadi Party, Bahujan Samaj Party and Rashtriya Lok Dal have distanced themselves. Parliamentary Speaker Mallikarjun Kharge has sent invitations to 21 “like-minded” parties, including those not affiliated with the yatra, to attend the resolution in Srinagar. Parties that are far away are most likely not involved.

Does this mean that the iceberg between Congress and “like-minded” parties will not melt on the way to the 2024 Lok Sabha elections? That leads to a fourth question about the possibility of regime change.

For now, there are several major obstacles on the road to opposition unity. One of them is external opposition groups like Bharat Rashtra Samithi and Aam Aadmi Party. Supreme Leaders K Chandrasekhar Rao and Arvind Kejriwal have been working hard to project themselves as non-BJP core. Non-parliamentary alternative. On January 18, Mr. Rao held a public meeting in Kammam, Telangana, with Kerjiwal, Punjab Prime Minister Bhagwant Mann, Samazwadi Party Leader, Akhilesh Yadav, Kerala State Prime Minister Pinarai Vijayan and CPI Leader D Raja. gave a speech at To create a “national alternative” to the BJP. That would suggest there will be another front against the BJP in 2024. The Congress was doubly convinced by not inviting the BRS and AAP to the climax of the yatra in Srinagar.

Another obstacle is the Trinamool parliament’s consistent refusal to accept it as the leading party on the opposition front. It distanced itself from parliamentary-led groupings both inside and outside parliament. Despite the invitation, the Trinamool Congress did not join the yatra.

Another obstacle is the lack of clarity about Rahul’s role in the 2024 election. He built up his noble, separate and sacred image with the yatra. His philosophical statement was “Rahul Gandhi only exists in people’s minds. That I killed him long ago” suggests that he has transcended his lust for political power. At the same time, his leadership role in Haath se Haath Jodo, a subsequent campaign to highlight the failures of Bharat Jodo Yatra and the Modi government, suggests his centrality in political opposition to the regime.

The answer to the last question is: Will the fight to overcome the forces of authoritarianism and prejudice end in 2024? — does not depend on whether Rahul leads the electoral struggle against the regime or whether there is more than one opposition front. The fight to defend democracy and diversity will not end with the 2024 election campaign. A tainted social mindset requires a long and arduous process of purification before democracy and diversity can be rebuilt on its foundations. One Rahul won’t do. India needs a million Rahul.