Netflix CEO Reed Hastings Resign: Netflix has announced that its co-founder Reed Hastings has left the post of CEO. He has decided to leave the two decades old leadership. Let us tell you that the company has crossed the figure of 23 crore subscribers, surprising everyone. 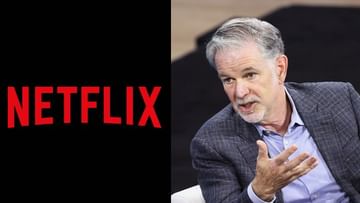 Netflix, one of the world’s most popular OTT platforms, told that Hastings has decided to leave the two-decade-long leadership. Let us tell you that Netflix started with providing mail DVD service on rent. Under his leadership, the company has grown from a mail DVD rental service to a juggernaut in the entertainment industry.

Command handed over to these two people

Hastings has ceded the reins of Netflix to two longtime associate chief operating officers, Greg Peters and Ted Sarandos. He has been the face of Netflix in Hollywood and was already nominated Co-CEO. “Our board has been discussing a succession plan for several years (even the founders need to move on),” Hastings said in a blog post.

Hastings in the footsteps of Bill Gates-Bezos

He said that he will take up the new responsibility as Executive Chairman. Usually, after the veteran founders of the tech industry step down, they take over the responsibility. Earlier Jeff Bezos of Amazon and Bill Gates of Microsoft have done the same. On the other hand, Netflix informed that it has attracted 77 lakh new members in three months.

The number of Netflix subscribers has reached 230 million people worldwide. The company also praised a successful slate of new content that included horror-themed comedy ‘Wednesday’, which the ‘Addams Family’ has called the company’s most popular series ever.

After years of standing alone as the world’s premiere streaming site, Netflix is ​​now facing tough competition from strong competitors including Disney+. Disney has also introduced an ad based subscription service. However, in the last six months, Netflix’s share price on Wall Street has jumped by about 50 percent.