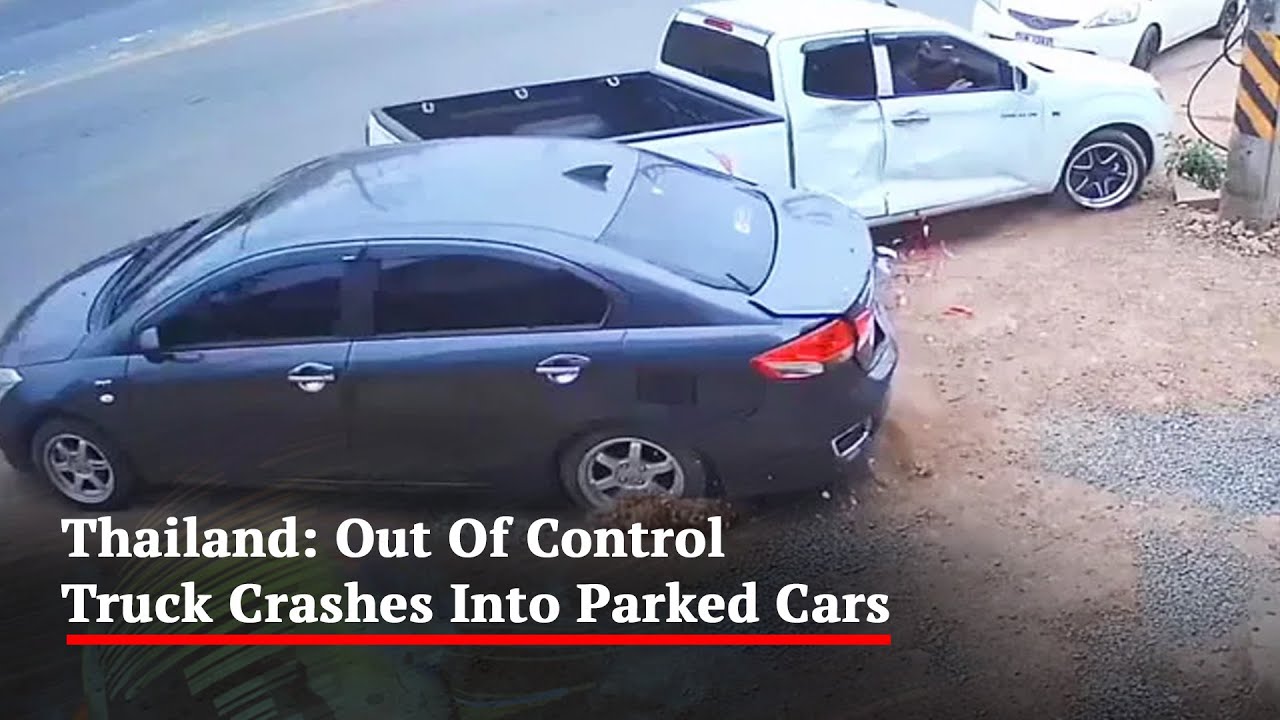 The incident was captured on CCTV near a store in Bangkok. (Representative image)

A Bangkok truck driver swerved along a road before crashing into a parked sedan.

A video of a pickup truck crashing into a parked car outside the store shocked the Internet. The near-death incident was reported to have occurred in Bangkok on 10 January. The clip shows a black Suzuki sedan parked near the store before another car arrives and stops right behind the sedan. That was the moment the out-of-control truck swerved along the road and crashed into a parked sedan. Thankfully, no one was hurt in the incident. In a later clip, the driver was also captured getting out of the vehicle. The now viral video has been shared on Viral Press.

The crash was recorded by a security camera installed near the store. The store’s owner, Pyapore, handed over copies of the video to police for investigation, NDTV’s report said.

Charanwong Sukhom, the owner of the black sedan, said the driver who crashed his car refused to pay him damages. “There was an insurance company that covered part of the damage, but the driver refused to pay for other expenses and wasted time,” he said.

A similar spine-chilling incident was reported in Delhi last month. A car hit three children on a sidewalk in Gulabi Bagh district. A video of the gruesome incident was shared by news agency ANI. The driver, who was learning to drive, lost control before hitting the children. Two of them received minor injuries, and three were seriously injured but were stable and were admitted to the hospital. A case against the accused has been registered.

The internet was shocked when reports of a near-fatal collision between a fast-moving truck and a motorcycle were reported. In the clip, the bikers can be seen crossing the street at full speed before a huge truck arrives and nearly collides with the riders. Despite a very close call, the biker was able to get out of the incident unhurt.