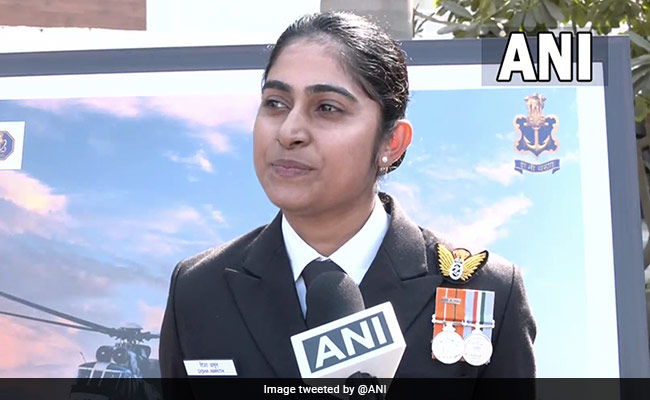 The Indian Navy contingent, which will be part of the Republic Day Parade on the historic Kartavya route, will consist of 144 young sailors and will be led by dispatch commander Lt. Disha Amrith and platoon commanders Lt. Ashwani Singh, SLt Valli Meena S and SLt M Aditya. The Indian Navy’s world-renowned brass band of 80 musicians will be led by M Antony Raj, MCPO Musician Second Class).

The marching table on the RDP-23 Indian Navy theme: Combat Ready, Credible, Cohesive and Future Proof will be led by Tableau Commander, Lt Cdr Inderjeet Chauhan. The table is designed not only to showcase the multi-dimensional capabilities of the Indian Navy, but also to highlight the main weapons designed and built by indigenous people under the Aatma Nirbhar Bharat initiative. The table also aims to highlight the Nari Shakti of the Indian Navy. The front of the tableau (above the tractor) will feature the female crew (flight) of the Dornier aircraft, emphasizing the all-female crew surveillance sortie in August 2022. A new navy ensign and new song ‘Hum Tayyar Hain’ Unveiling Video’ are streamed to the LED screen. Key sections of the tableau in the trailer showcase Make in India initiatives, such as indigenous Nilgiri-class ships where Dhruv helicopters deploy marine commandos. Depicted on the side is a cut-away model of an indigenous Calvary-class submarine.

The back of the tableau shows three models of autonomous unmanned systems being developed in-house for the IDEX-Sprint challenge. The Indian Navy aims to introduce at least 75 technologies/products as part of Azadi Ka Amrit Mahotsav. This table seeks to highlight the Indian Navy’s continued focus on the ‘Aatma Nirbhar Bharat’ initiative to ensure that it remains a future-ready force and combat-ready to serve the country.